Homage to an icon

Enchanting, fascinating and powerful. Habitat 67 has the stature of a historical monument. Extravagant in its modernity, aestheticism and minimalism, Habitat 67 is praised around the world. A true emblem of innovative housing, this building has marked the Montreal landscape for half a century and reconciles quality of life and urban context by redefining the design of living spaces.

Simplicity, modernity and stunning architecture The modular unit is the base, the means and the finality of Habitat 67. 354 magnificent grey-beige modules are stacked one on another to form 148 residences, nestled between sky and earth, city and river, greenery and light. It all comes together in a gigantic sculpture of futuristic interiors, links, pedestrian streets and suspended terraces, aerial spaces, skylights of different angles, large esplanades and monumental elevator pillars. Habitat 67 is an invitation to contemplation.

Moshe Safdie: A trailblazer and visionary

“Elements of Habitat are still in everything I’m doing now”

The architect of Habitat 67 created a unifying work that continues to inspire, over fifty years after its construction. The building was born from Moshe Safdie’s university thesis while he was still a student at McGill. Created as part of Expo 67, Habitat 67 is a reflection on function and the role of architecture in a high-density urban environment.

“Habitat 67 is the amazing accomplishment of Moshe Sadie’s youth. The principal quality of Moshe Safdie’s entire work is to confer to things a character of eternity. He puts emphasis on architecture’s daily life: the way spaces are used, the performance of the building in its climate, the real desires of future residents. In many ways, the essence of his work is a dichotomy: at the same time tearing and meditation between the universal and the specific, between the ideal and the real.‘’


Moshe Safdie holds a special place for his very first project as it is still a source of inspiration to this day. Safdie has worked on several other buildings around the world following his success with Habitat 67.

Montréal 1967 :
The World comes to Montreal!

“The biggest exhibition of all time”

1967 was marked by social change fostering the emergence of a new openness to the world. 1967 was a year where freedom of speech indeed took on its whole meaning. A mystical, inspiring, unifying and effervescent year.

Expo 67, one of the world’s largest universal expositions, was held in Montreal. Within the movement of liberalization and opening to the world characterizing this period, the exposition was entitled “Man and his World” as per Antoine de Saint-Exupéry’s masterpiece. Housing was one of the main themes of Expo 67 Saint-Exupéry wrote: “We have to make lively this new house that doesn’t have a face yet. The truth for one was to build; it is, for the other, to occupy it.”

Habitat 67 then became a thematic pavilion admired invaded by thousands of admiring visitors from all around the world, on top of being the temporary residence of many dignitaries visiting Montreal.

Habitat 67 in the media

Habitat 67 is a historical monument recognized around the world. This emblematic building, a photographers’ darling, had significant press coverage and caused a lot of ink to flow locally and internationally. Check out some of the publications that have covered Habitat 67.

Several film and photo shoots have been organized at Habitat over the years. From Celine Dion to Leonard Cohen to Quebec and international brands, Habitat 67 is a setting like no other in the world.

Clip by Leonard Cohen for In My Secret Life, from the album Ten New Songs (2001) 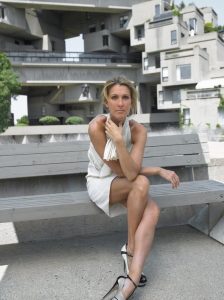 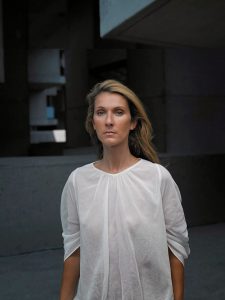 Book your ticket for the Habitat 67 tour now! 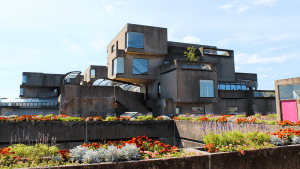 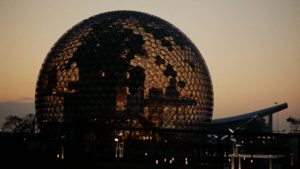 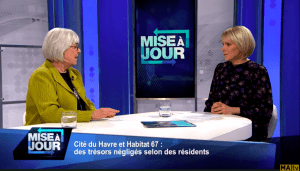